Dayton, Nevada is a census-designated place in Lyon County. It is located at the western edge of the Twenty-Six-Mile Desert by a bend in the Carson River. In 1849 gold nuggets were found in a Carson River tributary and soon miners were settling in the area they called Gold Canon. Dayton became the hub for miners that worked in the canyon. The name of Dayton was adopted in 1861 after John Day, a local surveyor. That same year it became the seat for Lyon County. Because of the ample water supply, it also became a major milling center. Much of the town was lost in fires in the late 1860s, but when the railroad came through in 1881 prosperity began to return to Dayton. In 1920 tourists began to visit Dayton because of the newly built Lincoln Highway. Additional growth occurred in the 1990s when residential developments expanded. Today approximately 9,000 people call Dayton home.

Historic Dayton is a part of the Comstock Historic District. History lovers will enjoy going down the small main street and seeing Odeon Hall, a museum inside an 1865 schoolhouse, which is in its original location and is known as the oldest in Nevada. Golfers will enjoy the Dayton Valley Golf Club. The course features 40 acres of water hazards that have been included in the design to affect play on its 12 holes. Outdoor lovers will want to visit Dayton State Park. It lies at the base of Virginia Range and along the banks of the Carson River. Here you’ll see remains of the Rock Point Mill which was built in 1861, remnants of Dayton’s mining days. The park was originally a Paiute fishing camp, and now you have a beautiful area for camping, hiking, picnics or outings.

Dayton real estate options include ranch style homes, cottages, modular/mobile homes and more modern contemporary homes. It includes older areas with more mature trees and landscaping. The newer developments have more contemporary Dayton homes with lovely landscaping. You’ll also find land available for building. Students are served by the Lyon County School District. When you consider the history associated with Dayton, the small town feel but proximity to large cities for a variety of options in entertainment, sports, and shopping, then this is a must-see destination for homebuyers searching in the Reno area. If you would like more information regarding homes for sale in Dayton, Nevada, please contact us today and allow us to assist you.

Very cute home with an inviting entrance and front porch area. Master bedroom split from the other two for maximum privacy. Carpeting and exterior paint have recently be...

Darling home with a welcoming front porch & gas log fireplace to take the chill off! Higher ceilings, windows above and below the kitchen cabinets makes for a bright lig...

Pride of ownership is evident throughout this semi-custom home that is situated on just over a half acre, fully landscaped corner lot. Designer influenced touches welcome...

Courtesy of Gregory Cremeans and Intero RE Alpine Sierra LLC.

Come check out this incredible property! It's been updated with new flooring, paint, and appliances. The 4 bedrooms are perfect for a large family or as an office space. ...

OPEN HOUSE FEBRUARY 22ND BETWEEN 10:30AM AND 12:30PM! BACKS THE GOLF COURSE with unobstructed views in all directions! The home features 4 bedrooms, 2 full bathrooms, and...

Courtesy of Brandon Goles and Keller Williams Group One Inc..

Courtesy of Dawn Johnson and Coldwell Banker Select RE CC.

Large well maintained home on a corner lot in a nice neighborhood just outside of Dayton. The back yard is a summer paradise with mature fruit trees, grape vines all aro...

This Dayton home is a total of 1,547 square feet and features, 3 bedrooms, 2 bathrooms and a 2 car garage with an additional carport spot for 3 car parking! Located on an...

No expense was spared in the design and construction of this stunning custom home. Perfectly situated on the Dayton Valley Golf Course, you will be able to relax and unwi...

Courtesy of Kelli Tanzi and Keller Williams Group One Inc..

Garage/Workshop that dreams are made of! This home has 3 bedrooms, 2 baths, great room, additional living room with an attached 2 car garage PLUS a detached 1792sf garage...

Information deemed reliable but not guaranteed 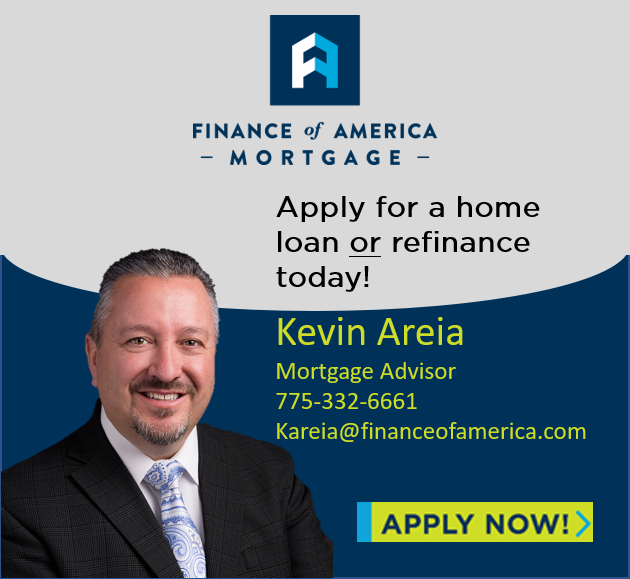 Please watch the short video below to learn how this site will help you find your next home! 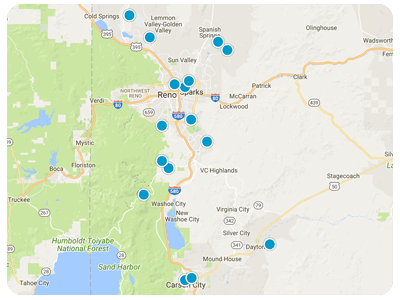